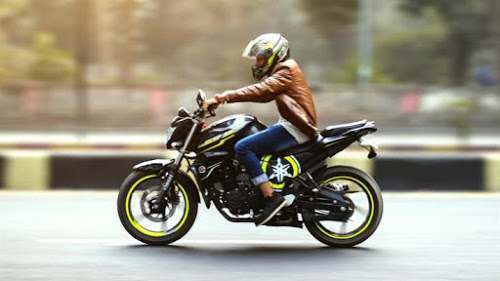 Those who ride a motorcycle, even for 40-50 years, will be surprised, since at some stage the student driving licence will cease to be valid and will be replaced by a normal licence, after the candidates pass practical courses of an approved driving school. Many of the drivers have never been in the process of securing a normal motorcycle driving licence, which they will be obliged to do in the future.

The issue of compulsory courses was discussed yesterday before the parliamentary Transport Committee and the Deputy Director of the Department of Road Transport, Giannis Nikolaidis, said that the issue was discussed with the associations of driving schools involved and common positions emerged which are reflected in the bill under discussion.

Referring to category B, i.e. the category in which saloon vehicles are classified, Mr Nikolaidis said that instead of five courses that were the original intention, after consultation they increased to ten. When someone is rejected in the examination that will be submitted, they will be required to attend another five courses.

With regard to motorcycles, Mr Nikolaidis said that compulsory training (lessons) would be introduced, which currently applies only to large-scale motorcycles over 600cc (A3). There are no courses for motorcycles in the category of 125cc or even in the category up to 400cc, said Mr Nikolaidis who clarified that interested parties must first obtain a 125cc licence, then a licence with which they can ride a 400cc motorcycle and finally a licence without a cubic restriction.

Special reference was made to delivery men who drive on a student licence, which is considered dangerous. There was a feeling in the bystander position that someone who has been driving on a student licence even for several years doesn’t know how to drive, so he has to go through classes.

It is noted that every year the state collects hundreds of thousands of euros from the issue and/or renewal of marketing authorisations. Many of the drivers because they do not intend to switch to a higher category have never attempted to obtain a normal licence, since they did not need them.

Source: TALA COMMUNITY NEWS: CHANGES AFOOT RE LICENSING, PARTICULARLY FOR THOSE WHO RIDE A MOTORCYCLE