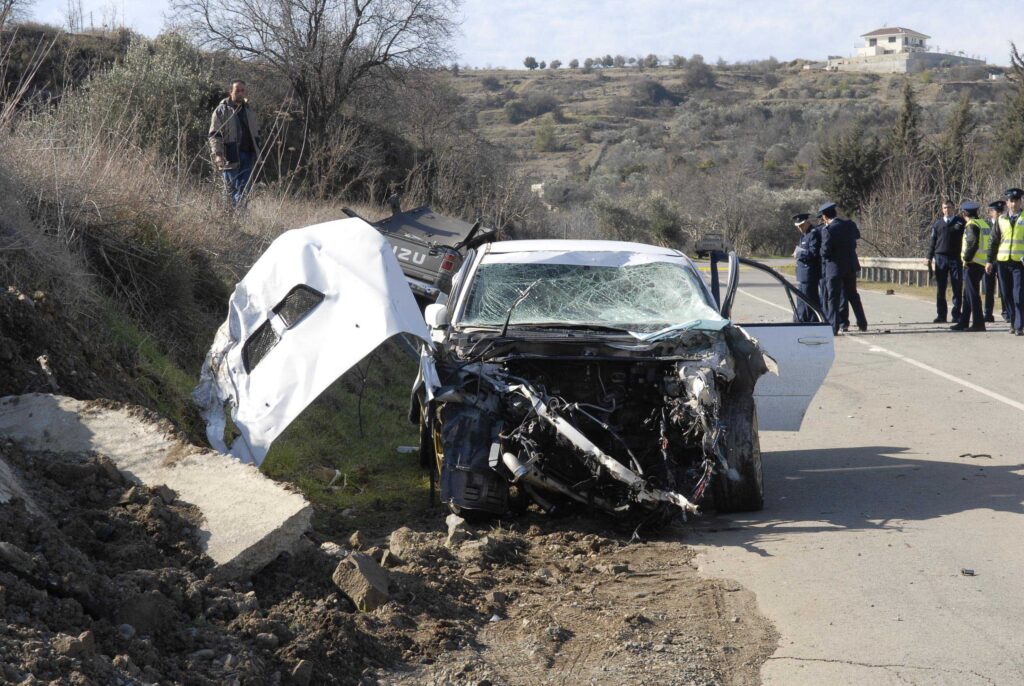 Car crashes and other related road deaths have claimed the lives of 39 people so far this year, as Cyprus appears to be stuck at about 50 such deaths a year – despite major progress being made in reducing serious injuries.

The death of a 50-year-old man on Wednesday draws 2021 closer to the 48 deaths in 2020.
The deaths in 2020 – despite long stretches spent in lockdown – have puzzled experts who are concerned that the progress made since 2008 has stalled.

Indeed, 2008 was a “black year” as 82 deaths were recorded, with fatalities steadily dropping ever since.
But there is still a chance, however hopeful, that 2021 could equal 2013 when ‘just’ 43 people died on the road.

There are concerns however that the Christmas and New Year’s Eve period will add to the tally in 2021 as it is a typically dangerous period, with increased levels of speeding and drunk driving.

Indeed, 2008 was a “black year” as 82 deaths were recorded, with fatalities steadily dropping ever since.
Some have put that down to improvements in car technology (safer and sturdier designs dislodging older models) while improvements in road designs have also played their part.

Others have offered that deaths remained high despite the lockdown measures as the roads were relatively empty, leading to complacency such as running red lights and excessive speeding.

But on a positive note, serious injuries sustained in such crashed have fallen dramatically – from a high of 661 in 2008 to 211 in 2020. As many have noted, the deaths typically garner headlines while serious injuries which may forever alter a person’s life often go under the radar.

But not all crashes are equal, as in the past 12 years there have been 729 road deaths with the vast majority being men, at 78 per cent.

According to data compiled by the police, alcohol was determined to be the cause of the crashes in 26 per cent of cases, while ‘careless driving’ was at 22 per cent. Drugs were at six per cent as were careless right hand turns. Notably, speeding was at 12 per cent.

Car drivers and passengers accounted for 323 of the deaths, with 60 per cent not wearing a seatbelt.