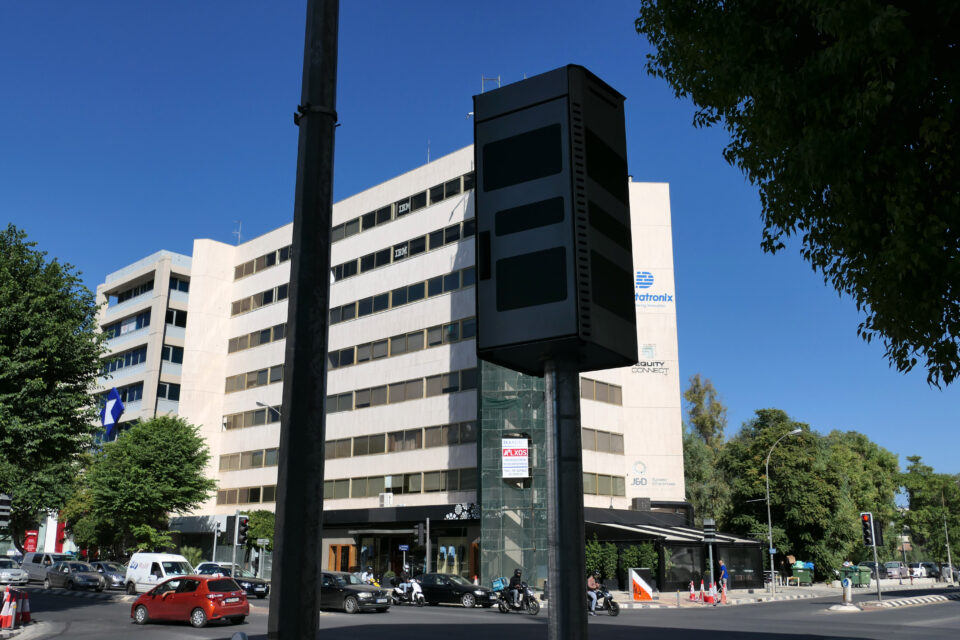 From Saturday, the grace period for people caught on traffic cameras will be over and fines will be issued for offenders.

Police remind the public that, as of January 1, the new speed cameras system will be fully operational. There are currently four fixed and four mobile cameras while it is expected that gradually 90 fixed and 20 mobile ones will be introduced in total that will be operating round the clock.

The cameras started operating at the end of October for a trial period until the end of the year. People caught speeding or running a red light were sent notifications during this period instead of fines.

Fines will be issued for speeding, running a red light, and crossing a stop line. Once these are detected, other offences such as not holding the steering wheel with both hands, use of a mobile phone while driving, not wearing a seat belt or bikers not wearing a helmet can also be reviewed.

Vehicle owners will receive the fine by post. In the case the owner was not the one driving when the traffic violation was recorded, they must inform police within 15 days about who was behind the wheel.

The fine will be raised by 50 per cent if it is not paid within 30 days. If not paid within 45 days, the case will be referred to court. The fine cannot be paid in instalments, nor can there be an extension for the payment.

Paying the fine will also mean that the person found to violate the traffic code accepts the penalty points mentioned in the notice.

There are offences for which no out-of-court settlement will be issued and the person concerned will have to appear in court. This concerns cases when the penalty points exceed the limit, when going over 75 per cent of the speed limit, when the driver has no driving licence or it was revoked, and when they are found to drive categories of vehicles they are not licenced to drive.

People fined will be able to visit www.CyCameraSystem.com to see the photo of the vehicle and driver committing the offence and other information.