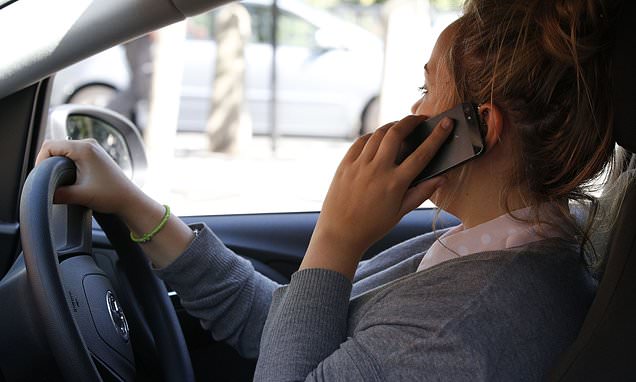 Hands-free phone chats at the wheel are as risky as driving while holding your mobile and should be banned, expert warns

MPs were told hands-free phone conversations are no less dangerous while driving. Experts warn that using a hands-free kit is as risky – if not more so – than driving at the UK’s legal alcohol limit.

A hands-free phone conversation while driving is just as dangerous as chatting while holding your phone, MPs were told yesterday.

Experts also said using a hands-free kit is as risky – if not more so – than driving at the legal alcohol limit.

In March 2017, the Government doubled the punishment for using a hand-held phone at the wheel to six penalty points and a £200 fine.

But Dr Shaun Helman, of the Transport Research Laboratory, said it should be extended to the use of hands-free devices.

He told the Commons transport committee that hands-free conversations are just as distracting.

This was echoed by Open University’s Dr Gemma Briggs, who said a conversation with a passenger is less dangerous than talking to someone on a hands-free device.