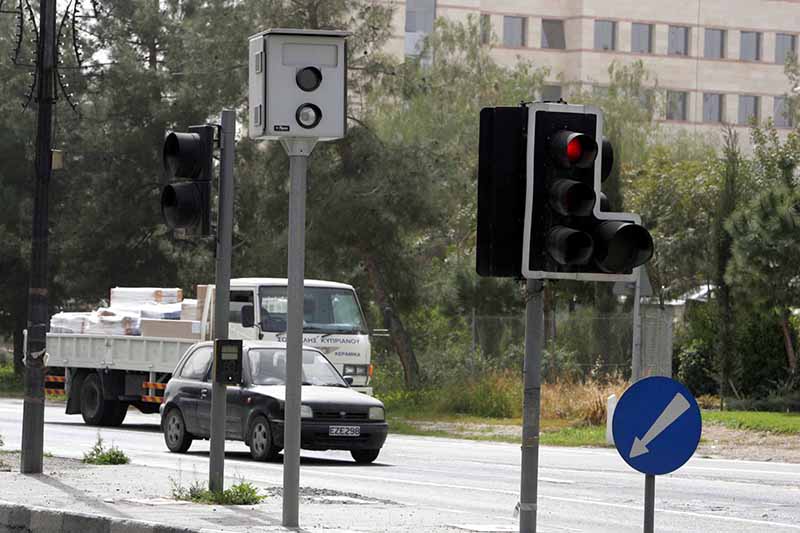 Municipalities may soon deploy traffic cameras of their own following the green light from the transport ministry, but offences such as speeding won’t be recorded.

The reopening of Nicosia’s revamped Makarios Avenue brought the issue to prominence as one of its two lanes is open only to buses and a few eligible vehicles – as per EU stipulations, which funded the project – but all manners of other cars are encroaching on the bus lane.

Nicosia municipality has said that it is unable to prevent private cars from entering the bus lane without the assistance of a camera monitoring system – which would issue fines to ineligible vehicles veering into it.

“They are currently being installed and the network will be operational by May or June,” Nicosia mayor Constantinos Yiorkadjis told SigmaLive on Wednesday morning.

Yiorkadjis said that the police are responsible for preventing ineligible vehicles from entering the bus lane and not the municipality’s traffic wardens – who instead only check for parking violations.

But it remains undecided as to whether the police or the municipalities will bear responsibility for the camera system, Yiorkadjis said.

Discussions are underway to revise the institutional framework which would permit the camera systems to operate, a process which got further underway following a meeting hosted on Tuesday by the transport ministry. The union of municipalities attended, as did legal advisors who are to draw up plans which will in turn be sent to the transport ministry, the legal services and eventually parliament for a vote.

As it stands, the cameras deployed by municipalities will only issue fines for parking violations and vehicles entering lanes they are not permitted.

Makarios Avenue reopened on December 7 but it was announced that all vehicles will temporarily gain access, seemingly in contradiction to the stipulations set out by Nicosia’s urban mobility plan.